Tanaku raised US$ 5.5m of pre-seed funding led by East Ventures. The round included equity and debt capital from an International Bank. The fresh capital will accelerate Tanaku’s mission to make home ownership accessible and radically transform the home buying experience, with the current focus on building the product, expanding the team, acquiring homes, and executing the go-to -market strategy.

“We are ecstatic that East Ventures invested in our vision to bridge the homeownership gap & drive financial inclusivity in Indonesia. We are happy to partner with EV due to strong cultural ties to Indonesia, deep rooted knowledge of the local tech landscape, while having the scale to support our ambitions,.” said Jonathan. 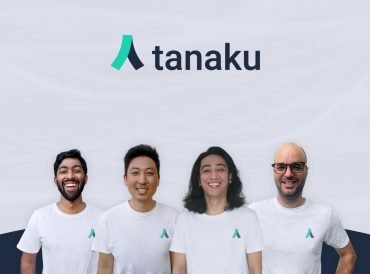 Since 2000, homeownership has been in decline in Indonesia by 2% each year, and 70 million millennials are the most impacted segment with 70% unable to afford their own home. The problem stems from how the home needs to be purchased. Many millennials do not have large funds saved for the initial down payment and banks reject the majority when applying for a mortgage. Property developers often offer instalment plans called ‘cicilan’ but they come with expensive hidden fees, high interest rates and predatory terms. This leaves millennials frustrated and resorting to long-term rentals causing a steady decline in home ownership.

Headquartered in Jakarta, Tanaku aims to build a ‘pre-mortgage solution’ for owning a home. While there are many startups in the Indonesian proptech marketplace space, Tanaku is going to build a unique end-to-end technology platform to facilitate the purchase and transaction of homes completely online.

“Our mission is to reverse the decline of home ownership in Indonesia and make the dream of owning a home accessible. In the long-run we want to fuel Indonesia’s transition toward green housing,” said Jonathan Ma, Co-founder & Chief Executive Officer of Tanaku.

Prospective home buyers can get pre-qualified with Tanaku at much simpler terms than a traditional bank, pay just 2% of down payment (DP) for their home and move in immediately. They can then focus on building their remaining DP with monthly instalments and then decide to either upgrade their house with Tanaku or, thanks to the credit history built up, have a stronger chance to obtain a mortgage later on. In the initial rollout, prospective home buyers can select the home from Tanaku’s curated list of properties. In the future, Tanaku will facilitate purchase of any homes in the open market with partner agents across multiple cities in Indonesia.

“We believe in the ambition and expertise of the Tanaku Team in delivering alternative home financing solutions to help millions of Indonesians become financially responsible homeowners. We are excited to be part of Tanaku Team’ journey in welcoming the new era of home ownership in Indonesia,” Devina Halim, Principal at East Ventures.